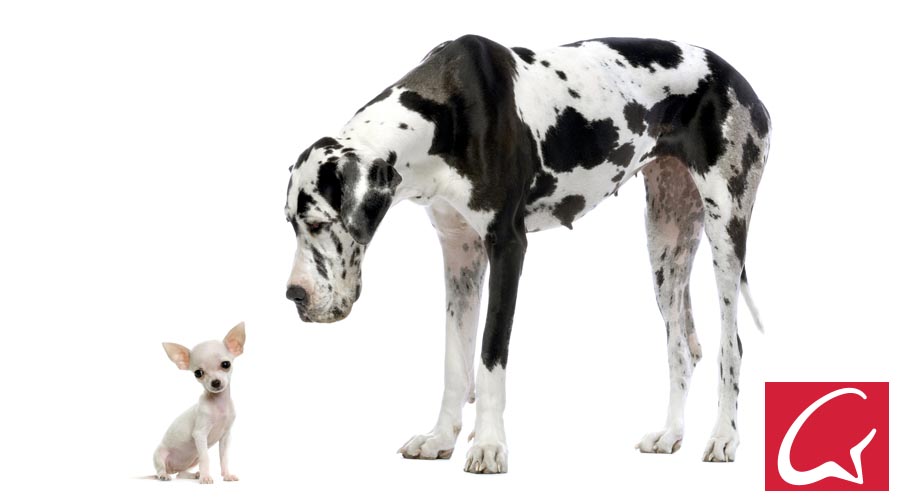 I’m sure you’ve heard that we are in a new era of buying and selling–how it’s all about the buyer’s journey (not the sales process) and how the buyer has all the power today.

The question for you is this: Do you know how to message and sell from your “low-power” position in a way that is most effective?

What The History Of Wars Can Teach Marketers And Sellers
In his book “David and Goliath,” Malcolm Gladwell discusses an obscure study by Ivan Arreguín-Toft, a political scientist. The study reviews every war fought in the past 200 years in which one side was at least 10 times as powerful—in terms of armed might and population—as its opponent.

In the study, these “Goliaths” won 71.5 percent of the time. Somewhat expected. But what makes this really interesting and applicable to marketers and salespeople is what he discovered when he went back and reanalyzed the data, looking for what happened when the underdogs acknowledged their low-power position and chose an unexpected, counter-intuitive, unconventional strategy. Amazingly, in those cases, the “Davids'” winning percentage went from 28.5 to 63.6 percent.

In other words, when underdogs choose not to play by Goliath’s rules, they win, “even when everything we think we know about power says they shouldn’t,” according to Gladwell.

So how does the underdog story play out in complex B2B sales conversations?

Prospects and customers come to you with a list of what they want based on their research and then expect you to simply fill the order and meet their price. They expect you to do battle on their fields, using their weapons of choice, according to the terms of engagement they set.

But negotiations research shows this is exactly the wrong approach. It’s called dominance complementarity, which is a fancy word for saying that when the low-power party in a negotiation tries to match power with the higher-power party, the outcomes are much worse and more often end up in no deal.

However, and most importantly, the research also shows that when the low-power party embraces their low-power position, they are free to bring more creativity to the conversation. The good news? The study showed that this element of creativity was proven to generate more value and better outcomes for both parties.

Here are three unexpected, counter-intuitive ideas for marketing and salespeople to embrace the low-power position and view it not as a detriment to success, but as a low-power advantage:

1. Identify and introduce “unconsidered needs” to expand the value of—and the need for—your solution: You can do this by showing clients the problems or missed opportunities that are off their radar, then linking those challenges to your unconsidered strengths. This technique represents a huge opportunity to create urgency and differentiation. In fact, a recent study my company conducted with Dr. Zakary Tormala, a professor at the Stanford Graduate School of Business, found that prospects will view you as 41 percent more unexpected and unique if you follow this unconsidered needs-based approach, compared to those who follow traditional value-added or voice of the customer approaches.

2. Lead with insights followed by provocative questions for a more persuasive, unexpected approach to discovery: In another study with Dr. Tormala, we tested this approach against the traditional “diagnose-then-prescribe” model and found that delivering an insight before a question, rather than after, makes prospects sense more urgency about their current situation while giving your message a 9 percent boost in persuasiveness. By sharing an insight first, you can capitalize on an academic principle called the “anchoring effect,” which serves to anchor your audience to a position more favorable to your goals.

3. Make the first offer: It may seem counterintuitive, but when you’re in front of prospects and customers, you stand to gain a negotiating advantage by making the first offer, rather than letting them broach pricing matters first. This allows you to anchor your price higher and expand your prospect’s range of reason, giving you the negotiating foundation you need to protect your margins and close more profitable deals.

To learn more about the advanced negotiation skills you need to capture more value in your deals, check out this infographic.

This article originally published in CMO.com.