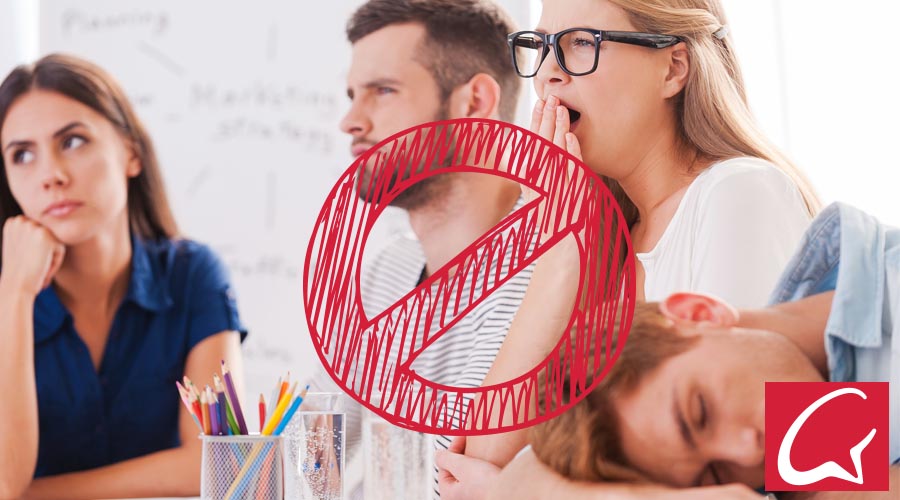 Author David Meerman Scott said it in his keynote at Content2Conversion 2016 in Scottsdale. It was one of those remarks that seemed to divide the room, producing ripples of laughter in some corners, squirms of unease in others. But whether you were laughing smugly or wincing in pain, you could probably appreciate his point.

For too long, B2B marketing and sales messages have suffered from a certain insularity, a sameness of look, tone and style evidenced by tired jargon (“scalable,” “world-class,” “innovation!”), stock photography (women smiling with salad, as Meerman Scott hilariously pointed out), overuse of trendy, nostalgic fonts (“lobster” has found its way onto soda bottles), and the reliance on decades-old messaging “best practices” (how long has “voice of the customer” been around?).

For prospects and customers, the net effect of all this has been boredom, and when it comes to converting excitement into pipeline with your messaging and content, boredom has a cost.

One way to guarantee you’re not boring anyone in your customer conversations? Tell prospects something they don’t know about a problem or missed opportunity they didn’t know they had.

That topic was a focal point of Tim Riesterer’s Wednesday morning keynote, where he discussed the message differentiation you can gain by identifying and introducing your prospects’ “unconsidered needs.” You can then strengthen your differentiation by linking the needs you’ve brought into the conversation to your unexpected capabilities, showing how you—and you alone—are positioned to solve their most pressing business problems. That messaging approach, unlike the traditional “voice of the customer” model, will increase your prospect’s urgency to leave the status quo and expand the need for your offerings.

And get this: The results of a study Corporate Visions commissioned with Dr. Zakary Tormala, an expert in messaging and persuasion, revealed that a messaging approach based on unconsidered needs was seen as 41 percent more unexpected and unique than more traditional approaches. Check out the research brief here, which includes an example of what an unconsidered needs-based message looks and sounds like.

Typically, unconsidered needs come in three different forms. By addressing them in your messaging, content and skills, you’ll deliver the story you need to defeat your prospect’s status quo and distinguish your solutions.

Meerman Scott was right: B2B messaging doesn’t have to be boring. To make it clear to prospects that you aren’t boring, and that you are different and better, don’t just focus on solving problems your prospects know about, but on finding ones they don’t.