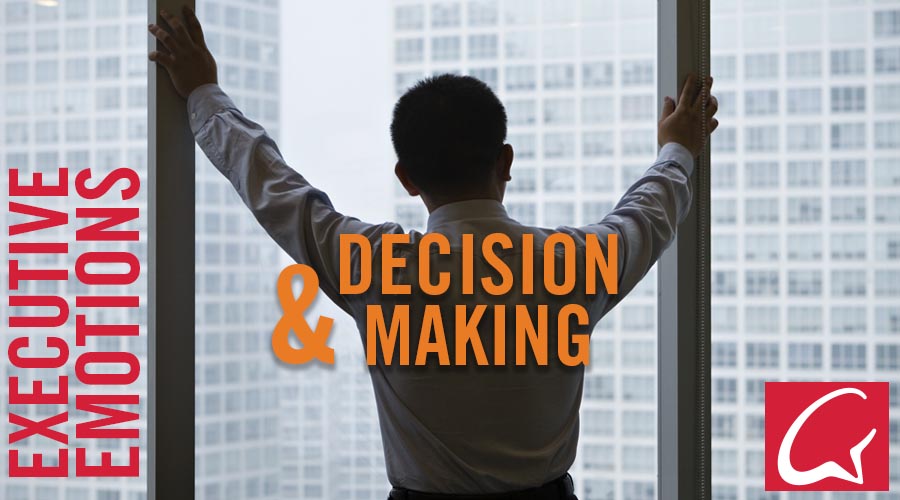 When you create a message for VPs or higher personas, you may be tempted to assume that their decisions are strictly rational and logical and that it’s all about the math. Why? Because they tell you that, and they believe it themselves.

Well, they are lying to you. Not on purpose, but lying nevertheless, according to a recent experiment we conducted with Dr. Zakary Tormala, a social psychologist with expertise in messaging and persuasion.

The study found that in a business decision-making scenario, you can provide executives with the same math with respect to a business proposition, but get significantly different results depending on how you frame the situation.

Conrad Smith, VP of consulting at Corporate Visions, reached out to Corporate Visions’ network of executives and asked them to take part in an online experiment. Participants—113 of them—came from a wide array of industries, including software, oil, finance, aerospace, and others, and occupied a range of high-level roles at their companies, from vice president up to CEO.

At the outset, participants were told that the researchers were trying to learn more about executing decision making and that participants would be presented with several different hypothetical scenarios. Unbeknown to participants, they were randomly assigned to one of two conditions—a “gain frame” condition or a “loss frame” condition—which they were placed in before the first scenario and remained in for the duration of the experiment.

In one of the hypothetical scenarios, all participants received the following instructions: “A large car manufacturer has recently been hit with a number of economic difficulties, and it appears as if three plants need to be closed and 6,000 employees laid off. The vice president of production has been exploring alternative ways to avoid this crisis. She has developed two plans.”

Following this overview, participants received information about the two alternatives. The two options were mathematically identical across the gain and loss frame conditions. The key difference? The status quo was framed as a gain in one condition and as a loss in the other.

In the gain frame condition, the options were described in terms of how many plants and jobs would be saved:

In the loss frame condition, the options were described in terms of how many plants and jobs would be lost:

Keep in mind that these choices, while phrased differently, were mathematically equivalent. But, despite this equivalency, there were statistically significant differences in participants’ choices across conditions.

The jump from 26% to 45% with plan B is significant. Essentially, there was an 80% change in “persuadability” and willingness to choose the risky option by framing it as a loss instead of a gain. This is important for marketers and sellers because your prospects will regard your solutions as the “risky” alternative when compared to their status quo situation.

These outcomes are consistent with the principle of loss aversion, an idea pioneered by social psychologists Amos Tversky and Daniel Kahneman. What loss aversion means for marketers and sellers is that people are more willing to make a change, do something different, or seek a risk significantly more often to avoid a loss than to acquire a gain.

And it appears executive decision makers are no different. They demonstrate a far greater appetite for the risky bet when the first option or current scenario is framed as a loss.

For the second part of the study, we tested two other scenarios. This time the decisions executives faced were more personal in nature.

There was a statistically significant difference between the two conditions, as executives in the first (gain) condition were willing to pay $173 for the rare bottle of wine. But the ones in the second (loss) condition listed a substantially higher price ($1,950.71) they would charge for their rare bottle of wine. Essentially, participants demanded far more money to sell their favorite bottle than they would be willing to pay to buy their favorite bottle.

There’s nothing rational about that reaction. Executives are clearly willing to apply emotions in their professional and personal financial dealings. And loss aversion is just as powerful for executives as it is for us “average” humans.

The same enormous disparity held true in the final scenario, which dealt with tickets for a live performance of their favorite act or show. Participants in the loss frame condition demanded way more money to sell their tickets ($2,096.07) versus what they were willing to pay to purchase the same tickets in the gain frame condition ($585.38).

So the next time an executive buyer tells you that it’s all about the numbers and that they make a strictly rational, logical decision, know that they are unwittingly (not intentionally) lying to you. Emotions and intuitions have major sway in the decision-making process, and your success at convincing executives to do something different could depend on your ability to show them not what they stand to gain by switching to you, but what they stand to lose if they don’t.

Check out the research brief to take a deeper look at the study.