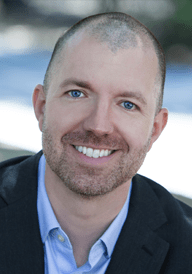 You’ve heard us say it 1,000 times, but new research further proves that concepts are 6 times more memorable if they’re presented as pictures rather than words. And hand-drawn graphics, such as stick figures, make more of an impact than professional photographs.

These are just some of the key findings that Zakary Tormala, associate professor of marketing, Stanford Graduate School of Business, uncovered in his ground-breaking research – Whiteboard-Imagery Found More Effective Than Traditional PowerPoint Approaches – which will be unveiled for the first time at our annual Marketing & Sales Alignment conference in Chicago, September 24-26. Tormala’s research finds that “whiteboarding works best for engagement, enjoyment, credibility, recall and persuasive impact versus polished PowerPoint decks.”

The online study was conducted with participants who were randomly selected to watch a brief two-minute video description of a concept called “The Hammock,” accompanied by one of three possible visuals:

In a second study conducted a few weeks after the first, participants were run through the same experiment. This time, however, new measures were included to directly tap into the persuasive impact of whiteboards as compared to PowerPoint and Zen presentations. Both studies found a statistically significant difference in favor of the whiteboard approach in all categories outlined – engagement, enjoyment, credibility, recall and persuasive impact, outperforming the PowerPoint and Zen presentations approaches.

Check out what Bloomberg Businessweek had to say about his discovery. Or even better, hear Zak Tormala present live at our conference in September, stick figures and all. Register now!